Get to know this great organization 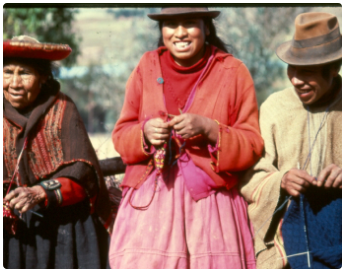 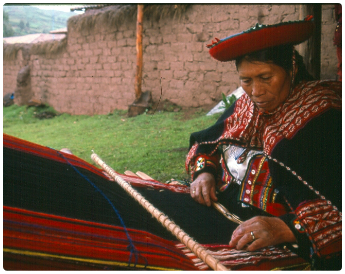 The story of the Centro de Textiles Tradicionales del Cusco began in the 1970s when Nilda along with a group of women started to gather in each other’s homes to spin and weave. These Quechua weavers from the village of Chinchero realized that Cusqueñan textile traditions were beginning to disappear. Weavers preferred the convenience of cheap chemical dyes and synthetic yarns. The more intricate patterns and techniques were at risk of extinction as younger generations failed to learn from the elder. Racism against indigenous people also triggered women and men to be ashamed or afraid to use their traditional clothing.

Worried that their textile tradition was in danger of disappearing forever, this group of Chinchero weavers realized that the fate of their ancestral knowledge was in their own hands. These women came together to try and recover traditional designs, relearn ancient techniques, and sell their textiles to visitors as a way to support themselves independently from male relatives.

At this time, a couple of ethnobotanists and anthropologists from the United States, Mr. and Mrs. Franquemont, moved to Chinchero with their young children. They noticed how important weaving was to every aspect of daily, spiritual, and community life. The Franquemonts met a young weaver and spinner, Nilda Callañaupa, who became their weaving teacher. Along with the female weavers from Chinchero, they founded a local community cultural center.

Working together throughout the 1980s and 1990s, Nilda, the weavers, and their supporters also formed a young weaver´s group to recover traditional designs and techniques that were being lost. 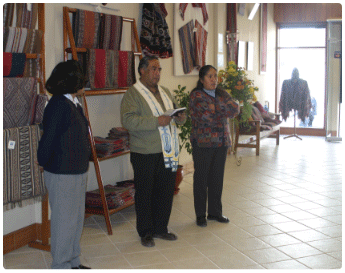 An endeavor as large as reviving traditions and cultural pride is not easily undertaken so the community cultural center in Chinchero floundered. Undeterred, the weavers, led by Nilda Callañaupa revised their goals, and with many international supporters, founded the Centro de Textiles Tradicionales del Cusco (CTTC) in 1996 as a non-profit association. After much work, the CTTC became an official non-profit organization, an NGO registered in Peru in 1998, based in Cusco City. The goal of the new Center was to work with various communities from the Cusco region to revive textile traditions and empower weavers, especially women.

In the early years, the CTTC partnered with a small number of communities, including Chinchero, Chahuaytire, and Pitumarca. In each community, the first goal was to work closely with the elder weavers to recover the designs, techniques, and knowledge they had preserved, helping them to pass it down to the rest of the weavers. The second goal was to build a weaving center in each community where women and men could come together and work, free from the distractions of home life and sheltered from the rain. As the weavers´ technique improved and they were able to create traditional textiles in increasing numbers, it became a priority to connect their craft to the global market.

With the support of international donors and foundations, the CTTC was able to build weaving centers in partner communities, hold workshops with the weavers, and open a store, office, and museum in Cusco, Peru. 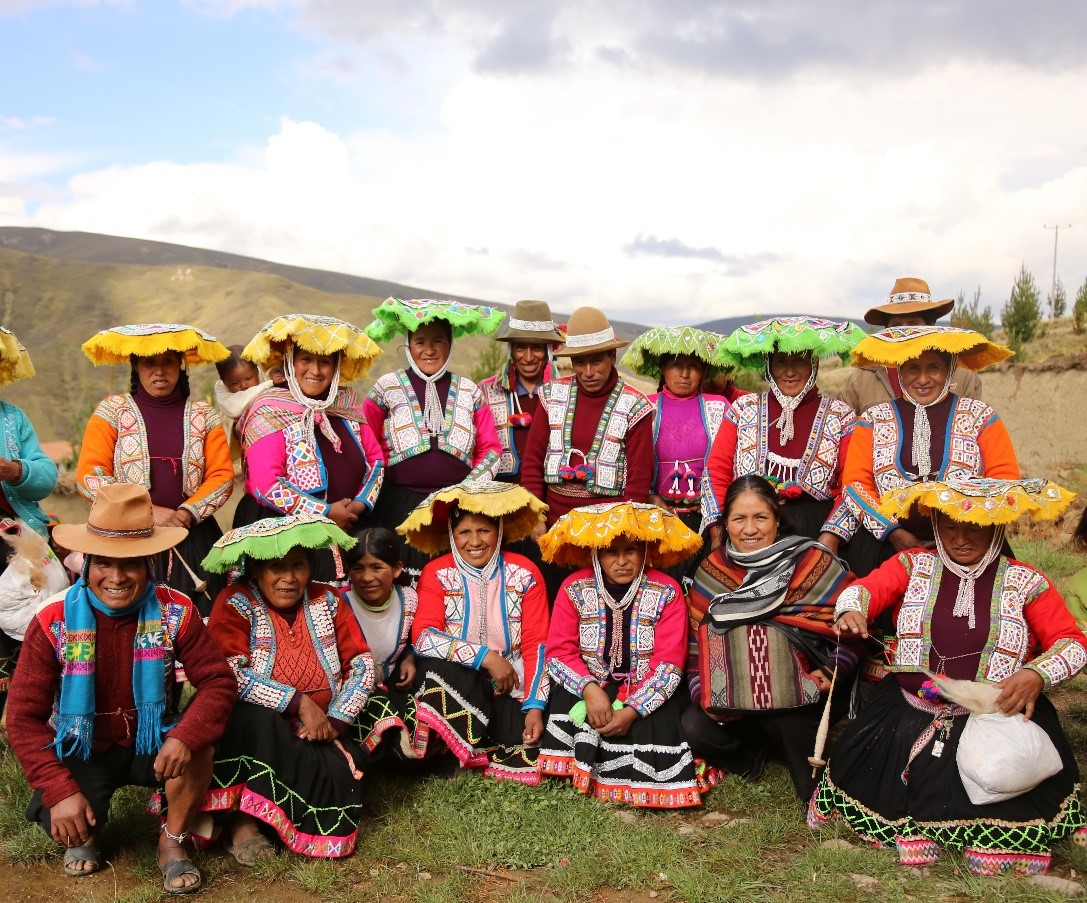 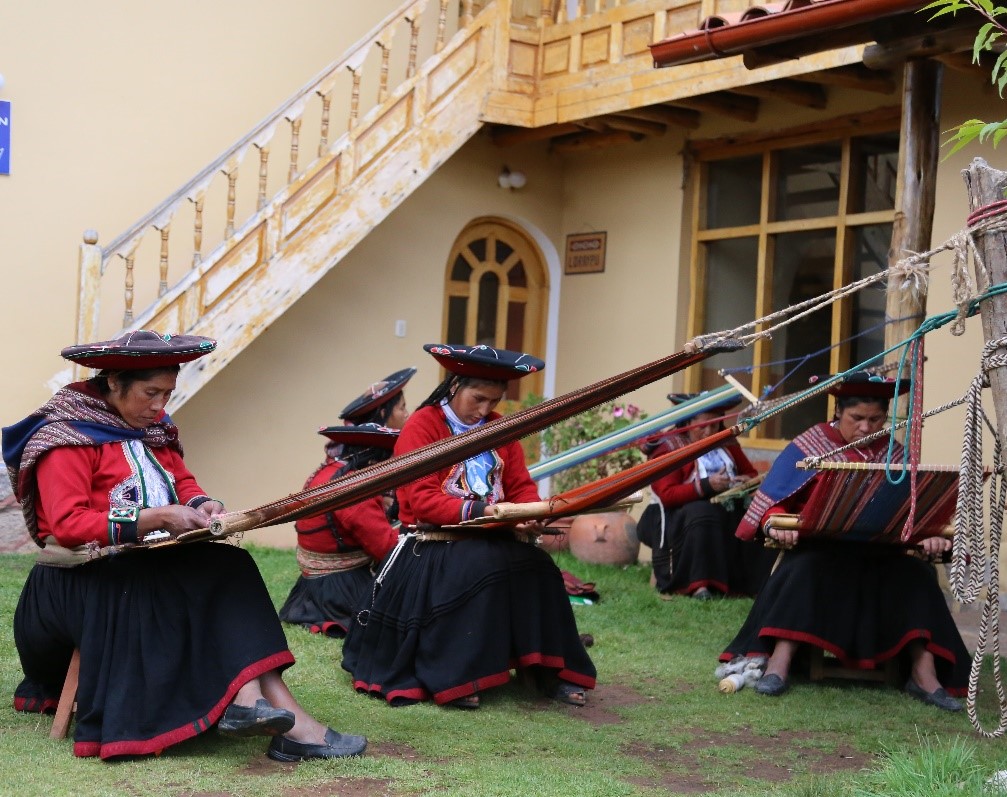 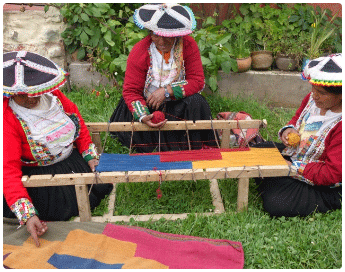 The CTTC now works with ten weaving communities from the Cusco region: Accha Alta, Acopia, Chahuaytire, Chinchero, Mahuaypampa, Huacatinco, Patabamba, Pitumarca, Santa Cruz de Sallac, and Santo Tomas. Huacatinco, from the Ocongate region, was the latest community to partner with the CTTC in 2012. The weavers in each of these communities work hard to maintain unique ancestral styles, techniques, and designs. As of today, the CTTC and the weavers have rediscovered the process of natural dyes and recovered hundreds of designs and techniques that were almost forgotten.

The CTTC also runs an Education Department whose mission is to “provide an interactive space between weavers and the public through programs, investiations, and publications that promote the revaluation of ancestral textiles.” The Center has published four books, regularly attends national and international art festivals and speaking events, participates in national and international museum exhibits, and organizes educational events for the weavers, their families, and the general public. The largest event the CTTC holds is Tinkuy: A Gathering of Weavers, an international conference in the city of Cusco that brings together textile artists and enthusiasts from across the globe. From the beginning, the Center´s most important work has been with the Young Weavers Groups. Each Saturday children and young people gather in their community weaving center to learn from their elders. It is through educating younger generations that the CTTC hopes to ensure a future for textile traditions in the Cusco region. 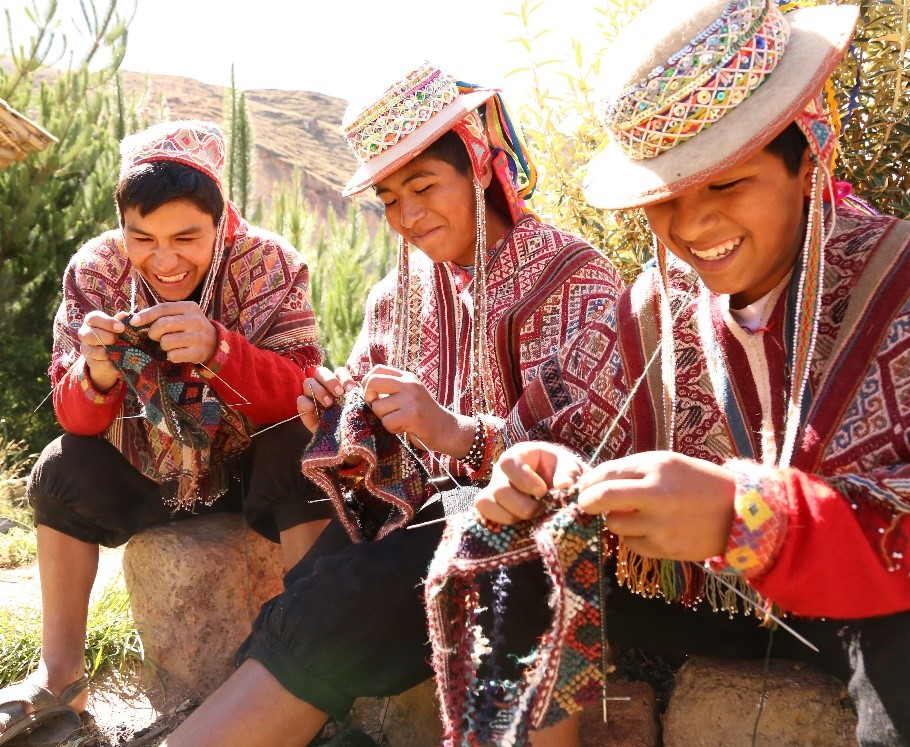 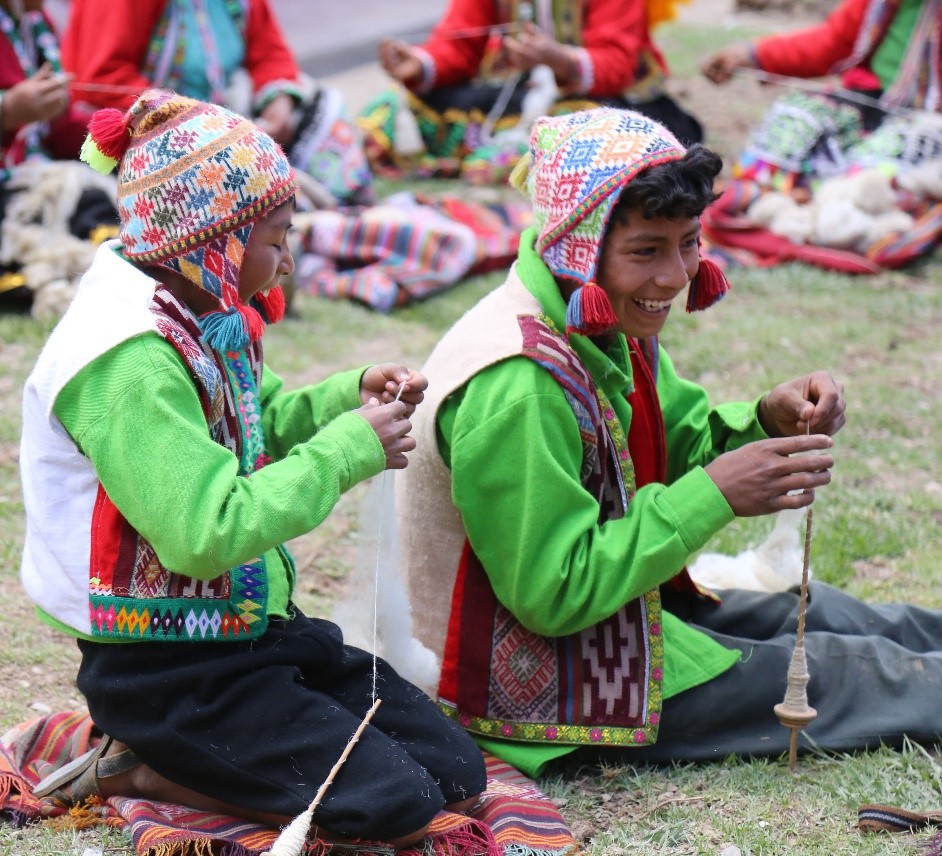 The Future of the CTTC

Since 1996, the Center has watched a transformation play out in the communities and in the city of Cusco. Where before indigenous people were ashamed of their identity and traditions, they are now proud of their textiles, proud of their community, and most importantly, proud of themselves.

The hope of the CTTC is that this momentum doesn´t stop at the borders of Peru, but that the world comes to know and respect these weavers as artists and their textile traditions as world patrimony. Through continued investigations, educational programs, and constant work with the weavers, the CTTC hopes that one day this dream will become a reality.

Get to know our amazing team >
×