Accha Alta is located approximately 2 hours northeast of the city of Cusco. At 12,930 feet (3,941 meters) above sea level, it is the highest community that the Center works with. Nested on a steep mountain slope close to the ruins of Ankasmarka, an ancient Incan granary. Here, the weavers look out over a stunning vista of the valley below from their weaving center.  There are approximately 40 adult members of the Accha Alta weaving association and 30 children and adolescents.

Ankasmarka in Accha Alta community, stands as testimony to the antiquity of the agricultural knowledge, as it showcases remains of qolqas, oval buildings that the Inca used to store products in. The Inca built warehouses in high places, cold and dry, to store enough food to feed both their armies and their people during many

years. Hunger was virtually unknown in pre-Columbian times due to the powerful organizational system of qolqas that the Inca constructed to keep all their people fed even in hard times. Today, the weavers of Accha Alta maintain the knowledge and wisdom of their ancestors, producing a wide variety of native potatoes and tubers with simple tools like the chakitaclla or tirapié. People from miles around come to buy the heirloom potatoes as they are some of the best in the region.

The CTTC began working with the Munay Pallay Awaqkuna Weavers Association of Accha Alta in 1998 when most members of the community practiced the art of weaving using only synthetic fibers. Since then, the weavers have returned to using natural sheep, alpaca, and llama fibers, which are handspun with a drop spindle to produce yarn in a variety of thicknesses and then naturally dyed or left undyed. The traditional ponchos and lliklla (blankets) from Accha Alta are quite small, much smaller than those of other communities but exquisitely well-crafted with embellishments and additional decorations.

Today, Accha Alta community members continue to weave the traditional potato sacks made of alpaca and llama fiber, which are used for transporting products on the backs of llamas. However, the comuneros more often use plastic bags-sacks to transport their produce from the market, rather than using their own woven sacks. Traditional knitted hats are still used widely throughout the community and are an important part of men’s and boys’ daily attire. Both women and men knit these hats, called chullo, with five knitting needles in circle. A variety of, techniques are used, and an extensive iconography rooted in their sacred geography can be found in these hats. Knitters in Accha Alta use a unique technique, called qhurpus in Quechua and bolitas in Spanish, to create diamond patterns in small bobbles. Before starting their chullo, a knitter ties thousands of small knots into their yarn, which as they knit turn into the decorative bobbles on the outside of the chullo. After completing a chullo, knitters will normally embellish it with beads, sequins, ribbons, and other appliqué to give it a distinguished touch.

The members of the Accha Alta association are master weavers with great skill that manage to use the most complex techniques. When challenged with studying and recreating pre-Columbian textile techniques that have been lost for hundreds of years, they are able to analyze and reproduce nearly perfect replicas in with finest of threads. The Accha Alta weavers are proud of their traditions and identity as Quechua master weavers and proud of their efforts to recover and maintain the knowledge of their ancestors alive.

The most common weaving technique that weavers in Accha Accha use is the two-color and three-color ley technique (supplementary warp-faced weave), a technique that allows them to create a great number of designs, from very simple to very complex. These designs are one-sided, that is, they have a correct side and a backside, yet it is difficult to tell the difference if you aren’t familiar with Andean weaving. One of the most popular ley designs is wasqa qocha, or long lakes. Accha Alta weavers prefer color combinations of red and white or orange and white, with purple and other secondary colors that add contrast to their textiles. While weavers used to work with bright synthetic fibers, today they use the subtler colors of natural dyes, which allows for unique color tones to their textile art. 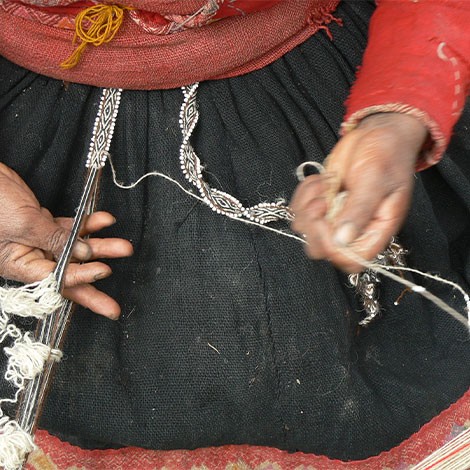 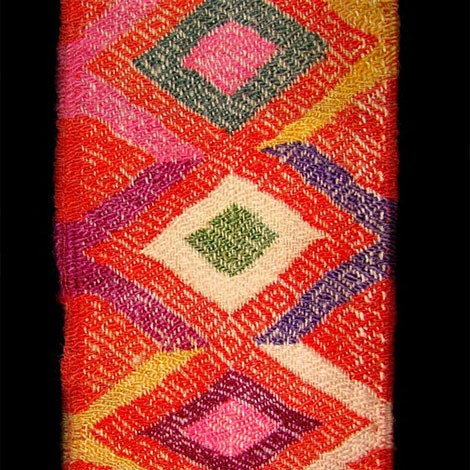 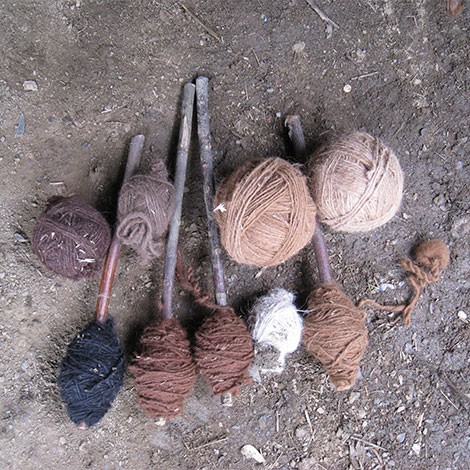 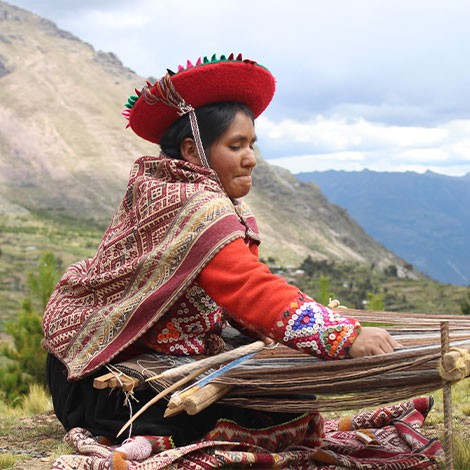 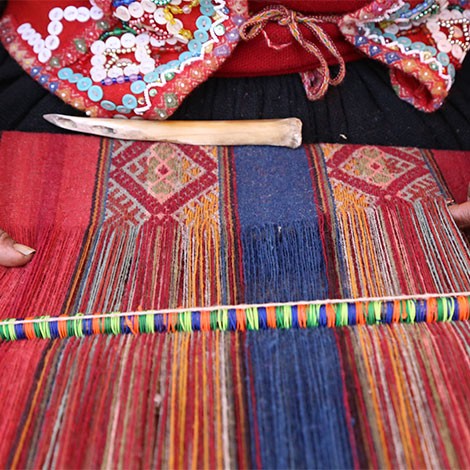 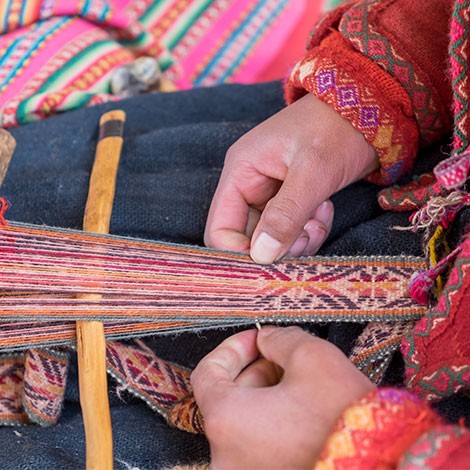 "Things have changed for the good since the CTTC arrived in my community to organize us weavers. Before, the majority of the women were illiterate and even our community was forgotten, but now even the authorities come to visit us knowing that we are weaving again. Now the women have their own money and we are able to educate our children, take them to the doctor when they get sick, feed them better, dress better."

“When I was a child, my mother dressed me in blankets made with synthetic thread, and I learned most of my weaving using synthetic yarn. But now that I have woven my manta of natural fiber, I have noticed that when I use it I am warmer than I was with mantas of synthetic threads.”

This is Accha Alta 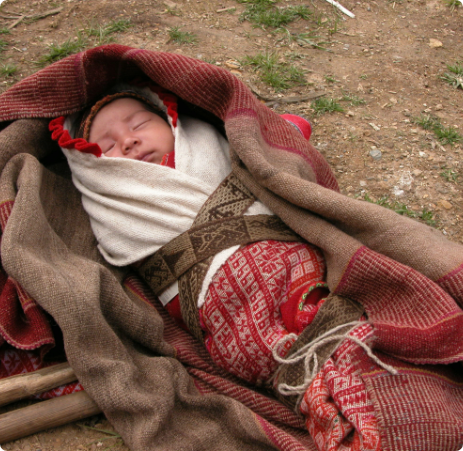 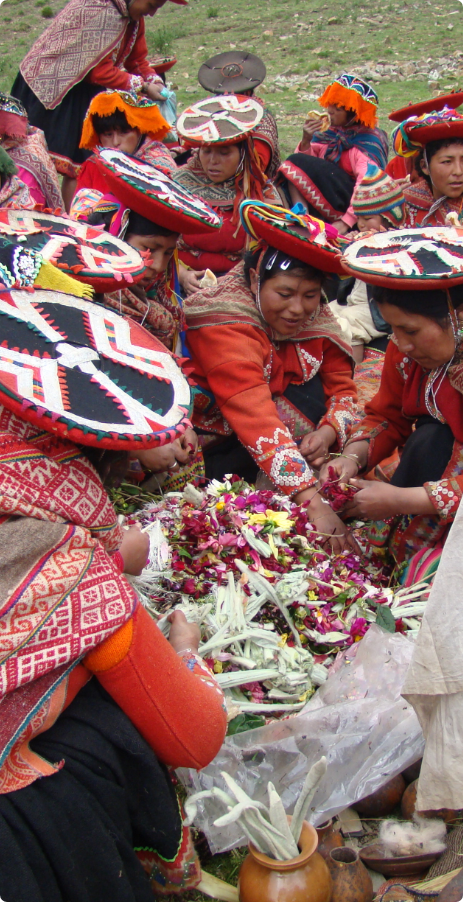 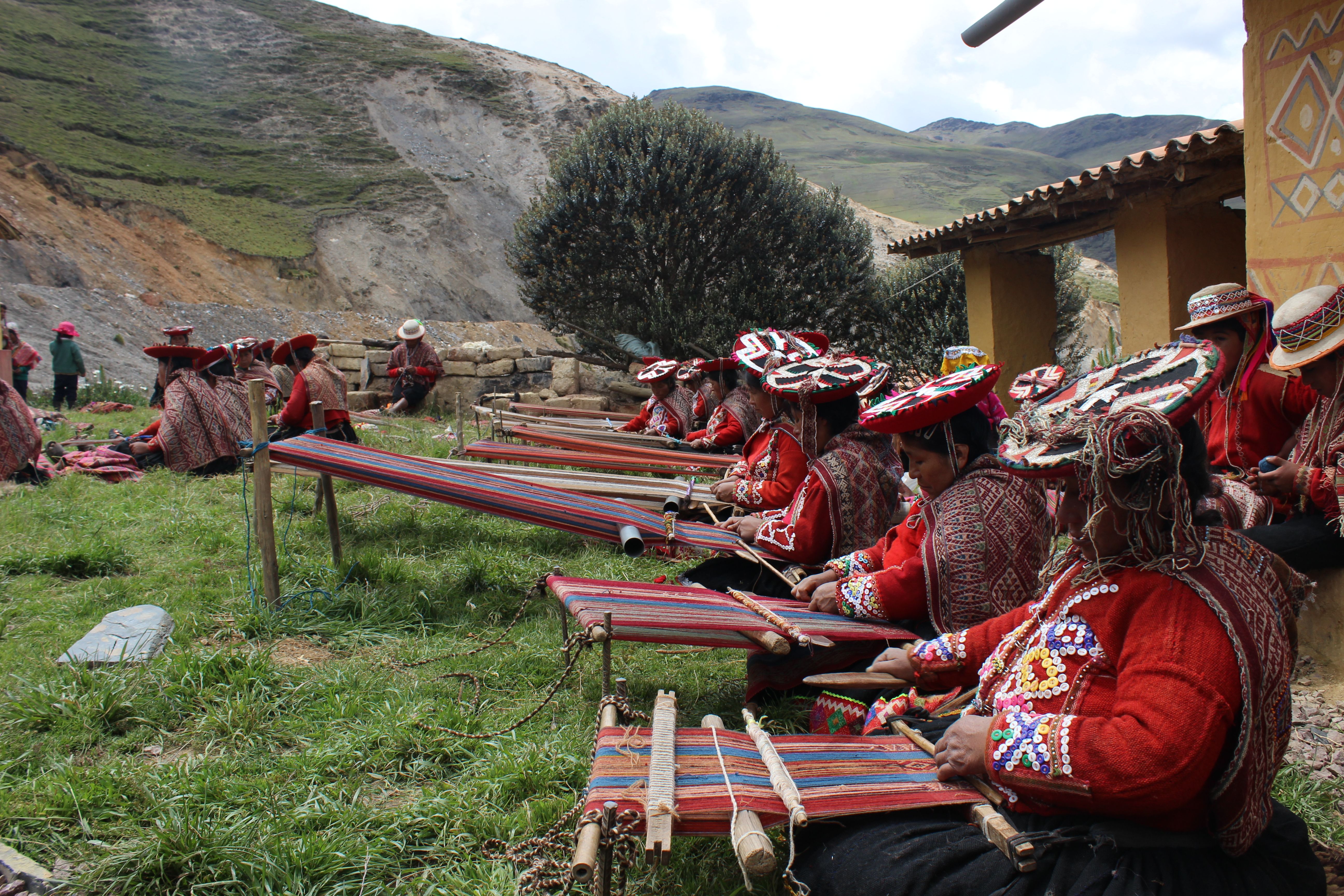 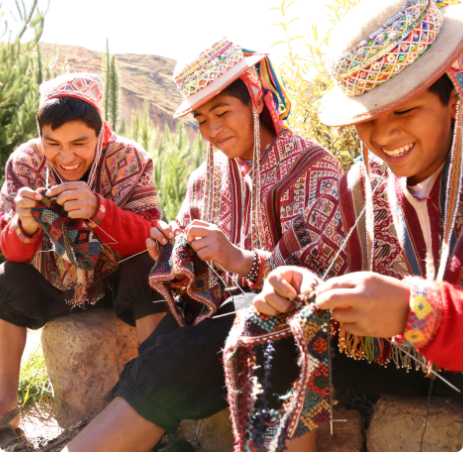 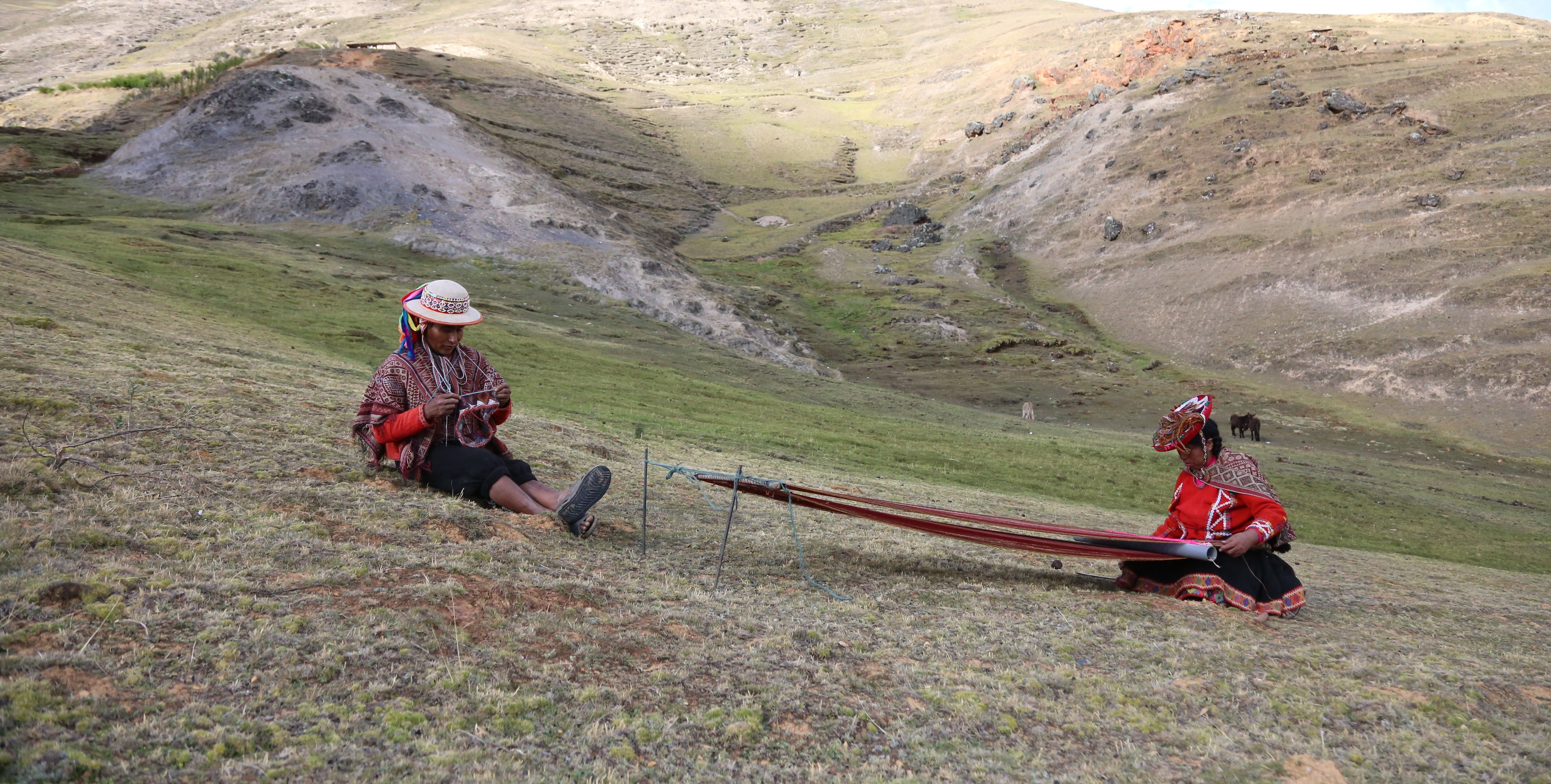 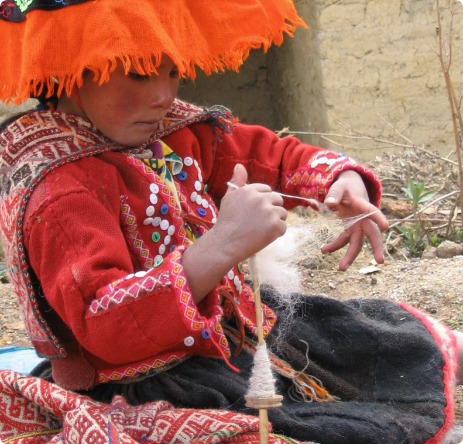 Where is Accha Alta 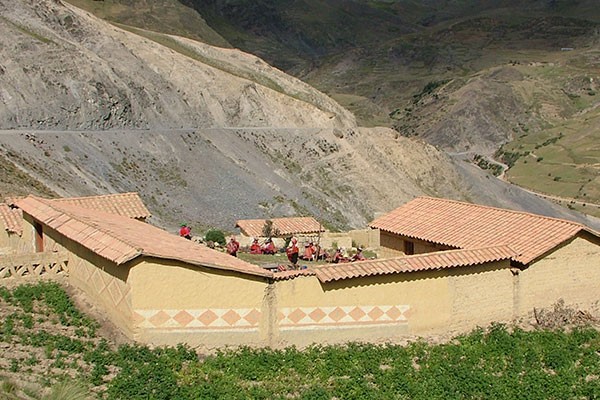 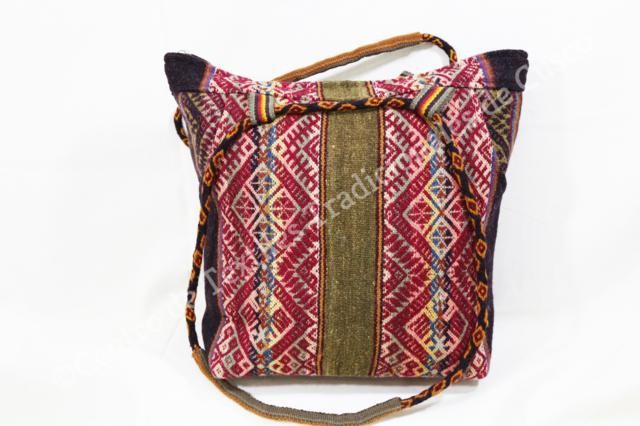 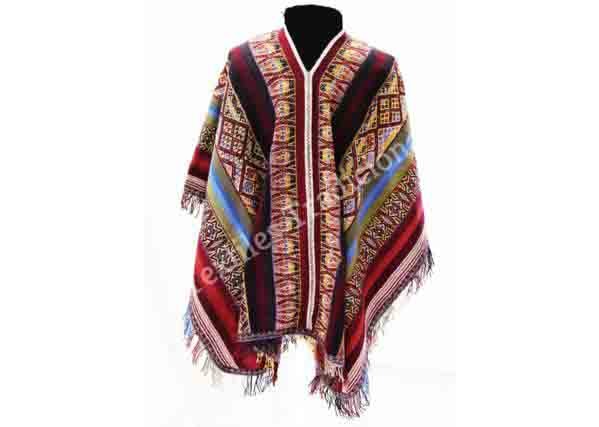 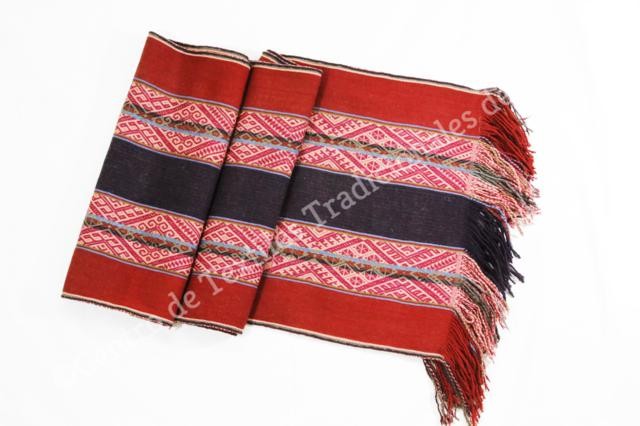 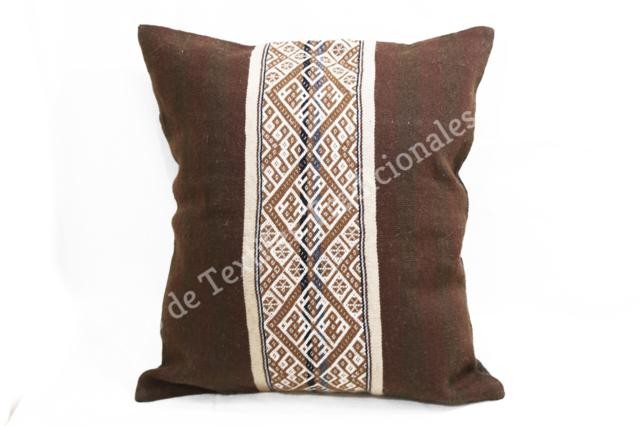 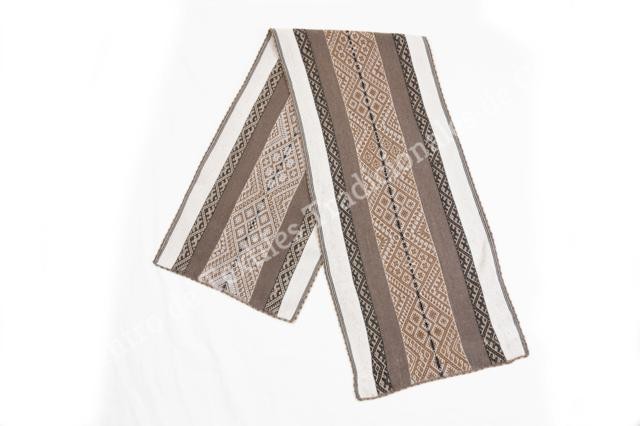