Acopia is one of the seven districts of the province of Acomayo and is located 140 km (87 miles), or two hours south from the city of Cusco. At 3,715 meters above sea level, this community is known as the land of Valicha, the beautiful woman who inspired the famous huayno that bears her name and is now one of the most popular songs of Cusqueño folklore. Acopia is also known as the land of Four Lakes, being located on the shores of one of them.

In Acopia, the tradition of weaving almost disappeared completely. Only older weavers were practicing their traditional techniques and iconography. It wasn't until the CTTC began working with the Cuatro Lagunas, or four lakes, Weaving Center of Acopia in 2006, that the elders were encouraged to pass on their knowledge to younger weavers. The process has been difficult, but the weavers of the Cuatro Lagunas Association are making progress as they work together on the arduous task of recovering and maintaining their traditional designs and techniques.

As in other communities, where agriculture is immensely important, the weaving tradition in Acopia tends to take second place and is comparatively much simpler to other communities that value equally agriculture and weaving. In Acopia, women work side by side with men plowing, planting, and harvesting the many products they can grow around the shores of the lake and higher up in the hills. The elders of the Cuatro Lagunas Association remember that before partnering with CTTC, they only would weave plain weave and phullu, or black cloth blankets, decorated with simple chevron ribbons or embroidery.

The designs that Acopia association members weave into ponchos and blankets are simple and somewhat thick, most often representing plants and flowers from their fields. Beyond their simple weaving, what characterizes the district of Acomayo is their special spinning technique, where people sit on the ground to spin, resting the tip of their pushka (drop spindle) in a ceramic plate or a broken ceramic roofing tile. In this way, the spinner can spin with her pushka supported on the ground, rather than dangling in it mid air. This allows them to spin without having to tie slipknots while spinning. By removing the necessity of slipknots, a spinner is able to work much faster.

Traditional blankets, or lliklla, in Acopia, are typically woven with many stripes of thin designs in doble cara, or the two-sided warp-faced technique. Their most distinguished motif is organo q’enqo, a zig-zag pattern. Textiles from blankets to ponchos to belts boast different variations on organo q’enqo which can be woven in a variety of ways. Acopia weavers favor cochineal red and the natural grey of sheep wool in their textiles. Acopia knitters are known for their unique chullo (knitted men’s hats). These are knitted with five needles in the round with the correct side facing outward, as opposed to most communities that knit with the finished side facing inwards.

Men in Acopia also weave but with the pedal loom, producing rough cloth called bayeta that the people of the community use to sew their clothing from. 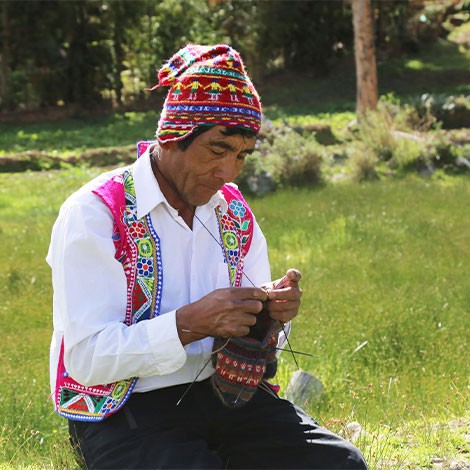 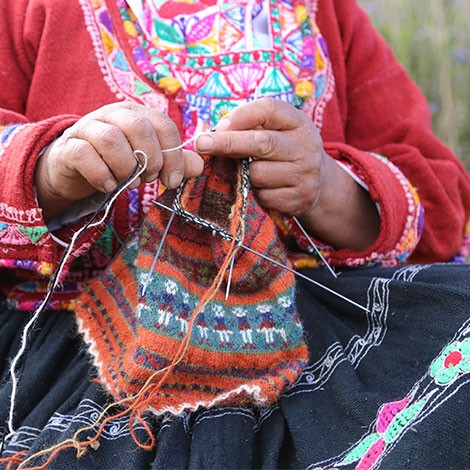 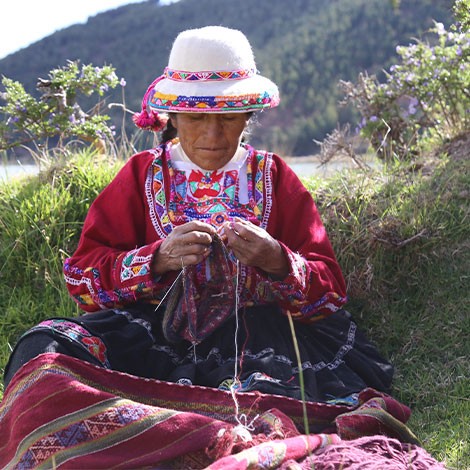 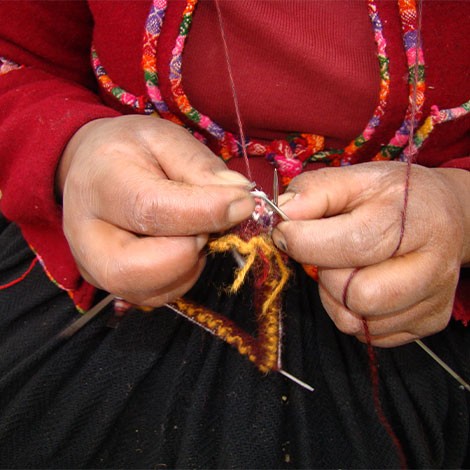 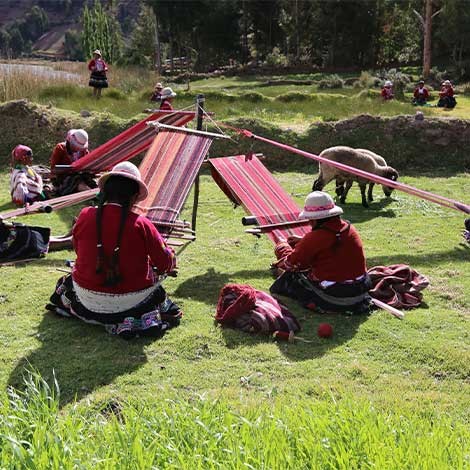 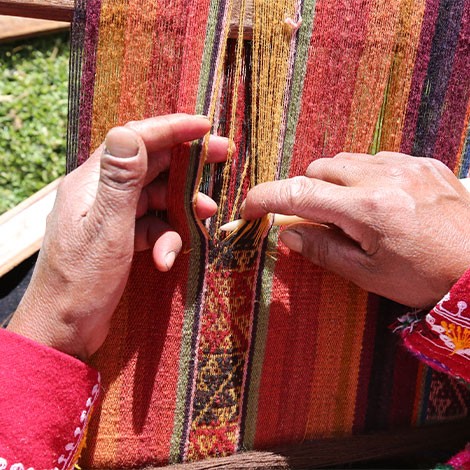 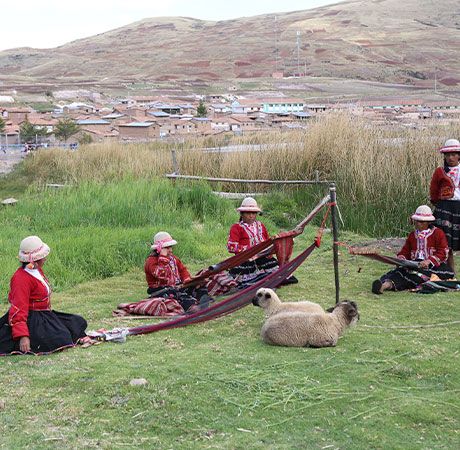 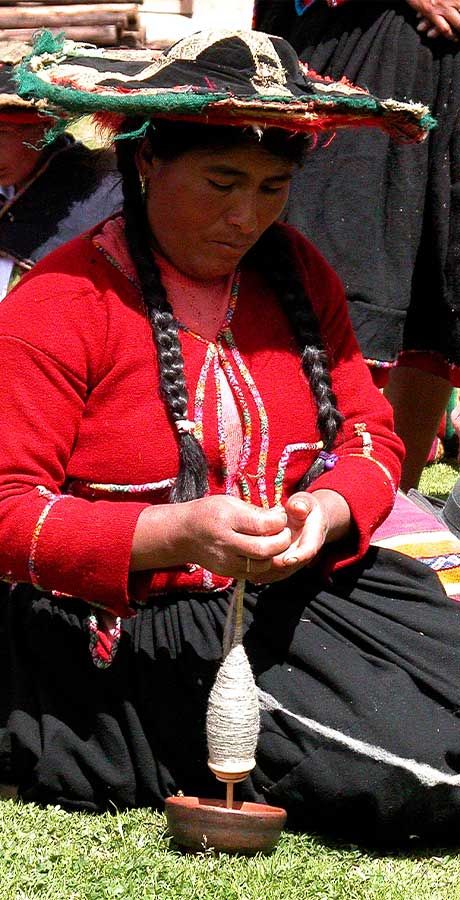 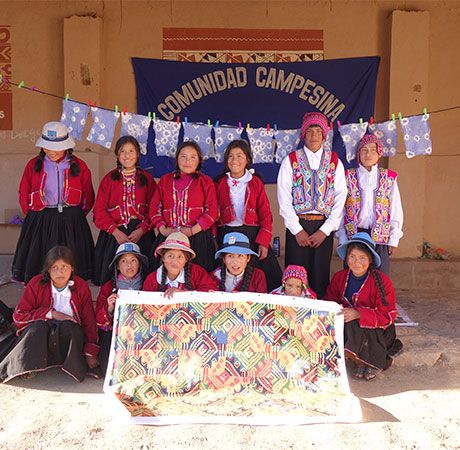 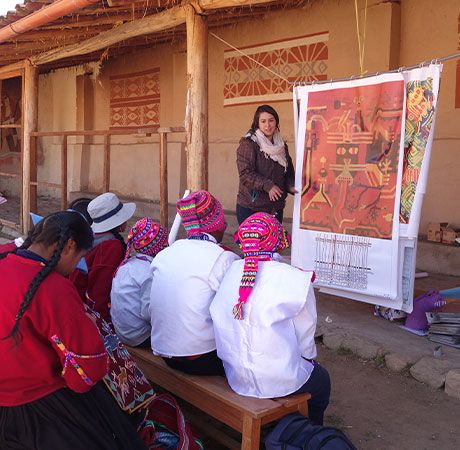 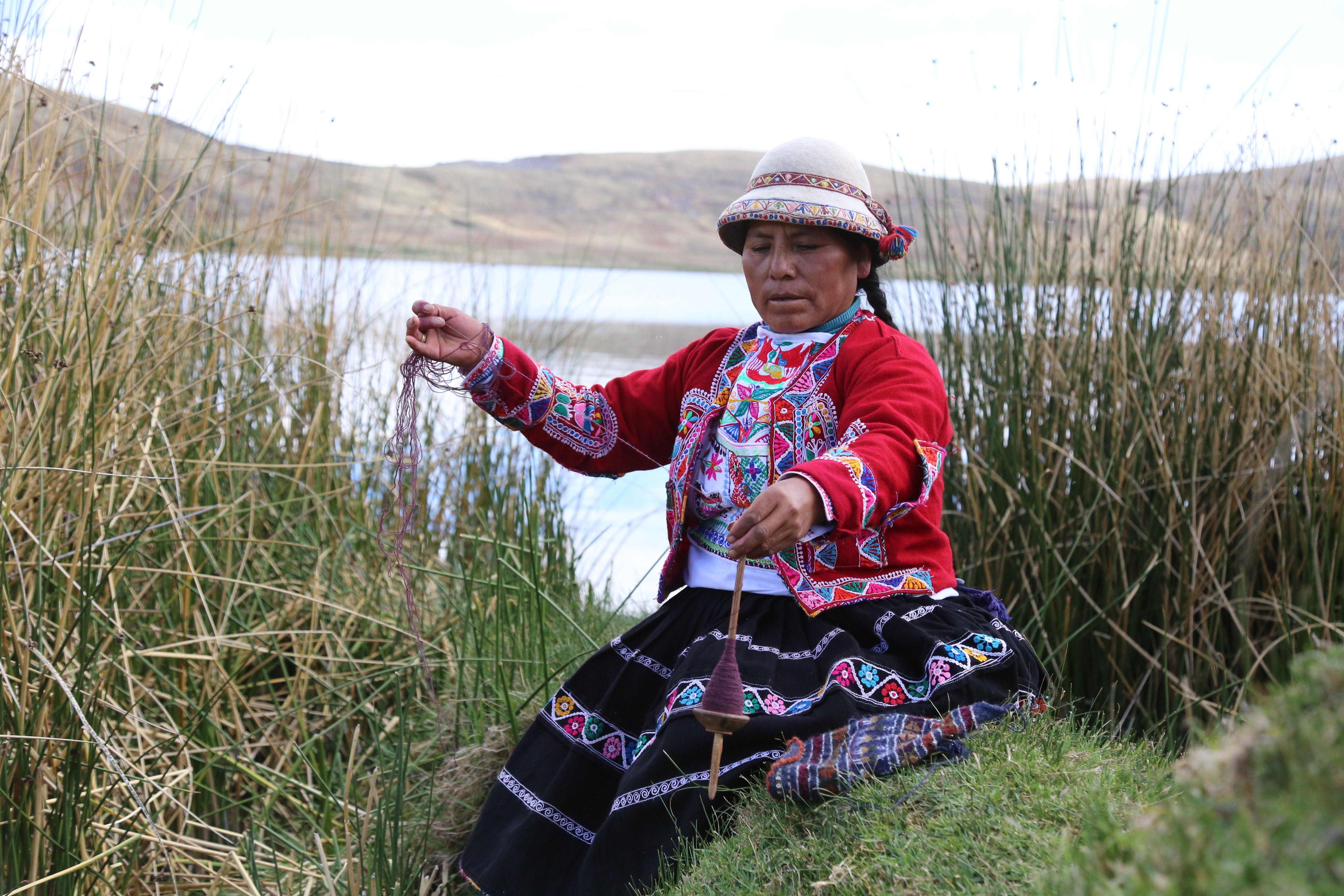 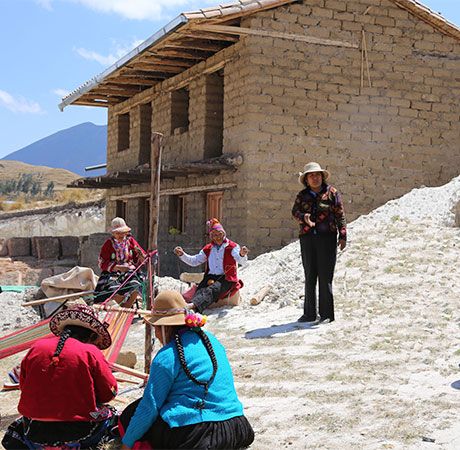 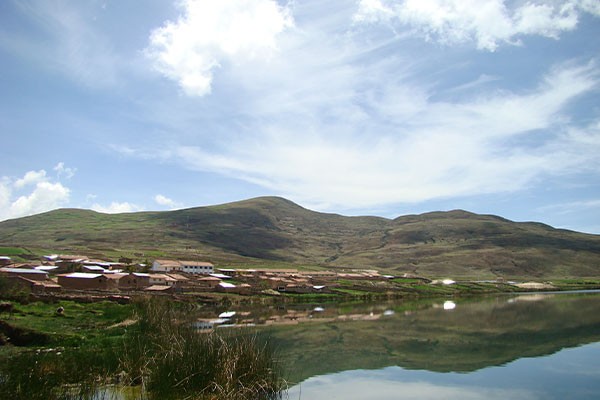 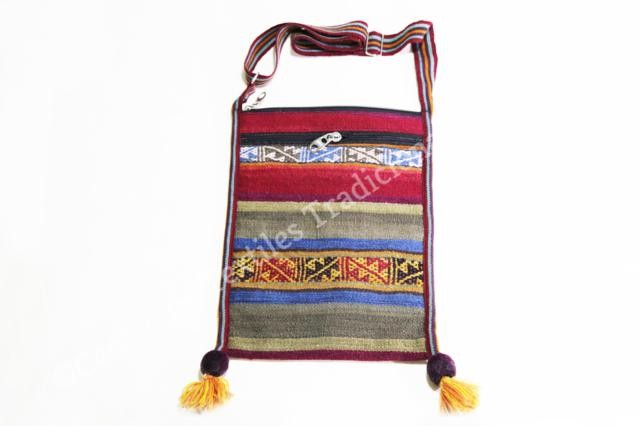