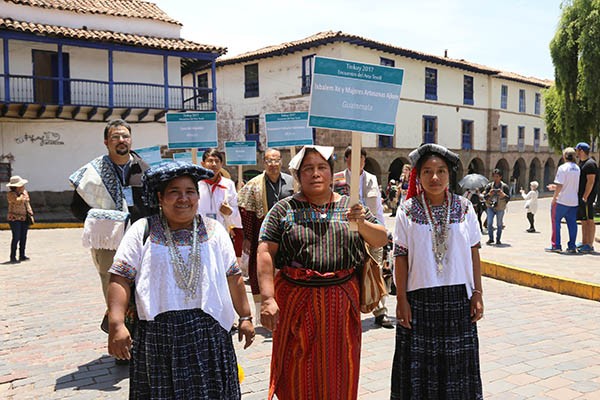 The Centro de Textiles Tradicionales del Cusco has organized three international weaving gatherings so far. The CTTC Tinkuy: Gathering of the Textile Arts was created with the intention to reunite and give a platform to local weavers to participate, learn, share, and promote the Andean textile traditions with other weavers, scholars, Andean textile lovers, researchers, and the general public. Each Tinkuy has presented a remarkable program lauded by participants, including keynote speakers, lectures, workshops of/for local and foreign weavers, weaving demonstrations, panels, exhibitions, evening cultural activities, visits to the weaving communities, and pre/post workshops.  Participants from all parts of the world have deeply valued not only being able to be part of these one-of-a-kind weaving encounters but feeling privileged to be surrounded by the powerful ancestral environment of the Cusco region.

The first Tinkuy was held in Urubamba in the Sacred Valley of the Incas in 2010. Some of its highlights included the hands-on workshops which taught natural dying with Andean plants and insects, backstrap weaving, Andean knitting from the community of Chinchero, and the unique tubular edging technique ñawi awapa. The four-day event was such a success that it left everyone hungry for more presentations, more workshops, more time to share traditions and meet weavers from so many walks of life. Talk began of making Tinkuy into a regular tradition.

In 2013, the second Tinkuy began with a parade that took the center of Cusco by storm. Hundreds of weavers from Peru, Bolivia, Guatemala, México, India, and the Navajo Nation, amongst others, dazzled Cusco with their traditional clothing and dance. Altomisayoqkuna, spiritual leaders, from the Q’ero Nation of Peru opened this second cultural gathering with a blessing along with Quechua elders from different communities. The three-day event included conferences by national and international textile experts. Throughout the event, weavers from all over the world shared personal stories with each other, celebrating weaving as ancestral living art.

The most recent gathering of weavers, Tinkuy 2017, was held in the city of Cusco. During three days, a number of unique hands-on workshops were developed: the Chichilla Tubular Border Weaving taught by the weavers from the communities of Accha Alta and Chahuaytire,  the Qhurpus Knitting Technique workshop taught by Accha Alta weavers, Andean Spinning by Sallac weavers among others. Some of the keynote speakers of this last Tinkuy were the Peruvian anthropologist Ramiro Matos, the expert on textiles from the Americas Ann Pollard Rowe, and the Peruvian curator of Amano Museum Doris Robles. Tinkuy 2017 also hosted a wonderful exhibition presenting the fruits of the weavers’ work to revive the doublecloth technique in the Cusco region, as well as other pre-Columbian techniques recovered since the foundation of the CTTC. 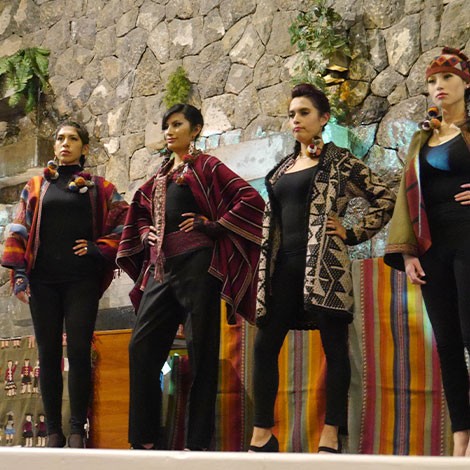 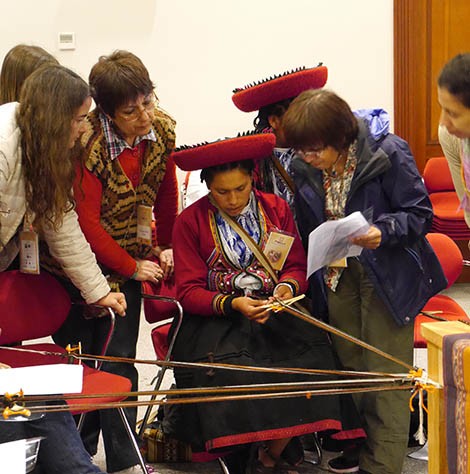 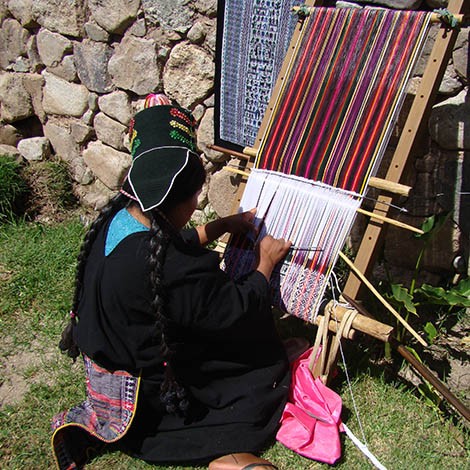