This poncho was also given as a present to José de San Martin, other of the Argentinan general who proclaimed the independence of Peru on July 28, 1821, defeating the Spanish rule. The technique that has being employed to create the patterns of the poncho, was used in Inka times. The color combinations based on indigo dye is what first calls the attention before the patterns themselves.

It took several months of practice for the Chahuaytire weavers to work on this replica, and since it is a double-sided pattern cloth using the complementary warp technique, it has been woven by the ladies of the association who master that technique with great effort. Something curious is that since this replica project of the San Martin's Poncho, the weavers from Chahuaytire have been influenced by its blue and white color combination, translating it to other textile artwork. 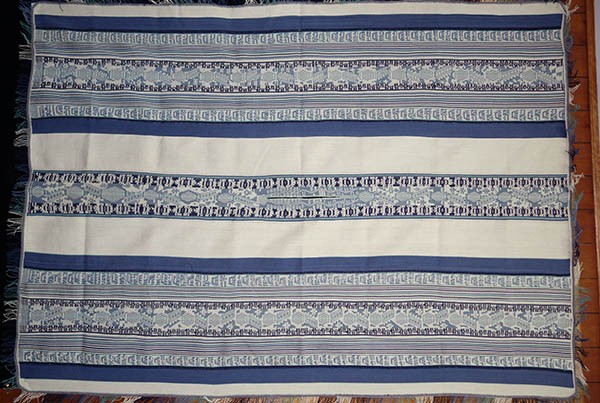